Maybe all sunsets are romantic?  Or, maybe, it’s because it’s the weekend before Valentine’s Day?  Or, maybe, camping brings out the romance?

My sweetie wasn’t with me to watch it.  He was busy.  But he knows when he sees me darting out with the camera, to check the campground, that I won’t be back until after sunset.  🙂

These 2 couples felt the pull though.

We could all see it coming.  After being cloudy, although dry, all day we could see the sun lighting up the horizon below the cloud line.

Everyone along Hwy 101 stops, whatever they’re doing, to see what it will look like this time.  Don calls it the “meerkat moment” because we look like a bunch of meerkats standing on their hind legs peering in the same direction.

The color was electrifying!

Workamper Moment:  I picked up an envelope with only half the fee in it.  Of course, that’s a typical Senior rate but they didn’t include the number off their Golden Age card on the envelope.  So, I went over to ask them for their card number.  I got the “deer in the headlights look”.  As I started to explain, and continued to get the “look”, I noticed that these gentlemen were from BC.  So I apologized and told them that you had to be a US citizen to purchase the card.  They were okay with paying the full rate (since they got caught).  One of them says, laughing, “I just thought we could get the senior rate because, well, he’s old”; pointing to the other.  Anyway, we had a good laugh and the “old” one asked a bunch of questions; including “where’s the garbage can”.  When I pointed to it, 30 feet in front of him, he admitted he needed to get out more. hahaha   We meet the most entertaining people workamping.

One thought on “Romantic Sunset on Tillicum Beach” 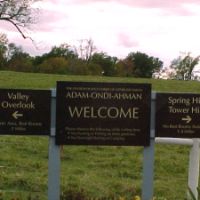